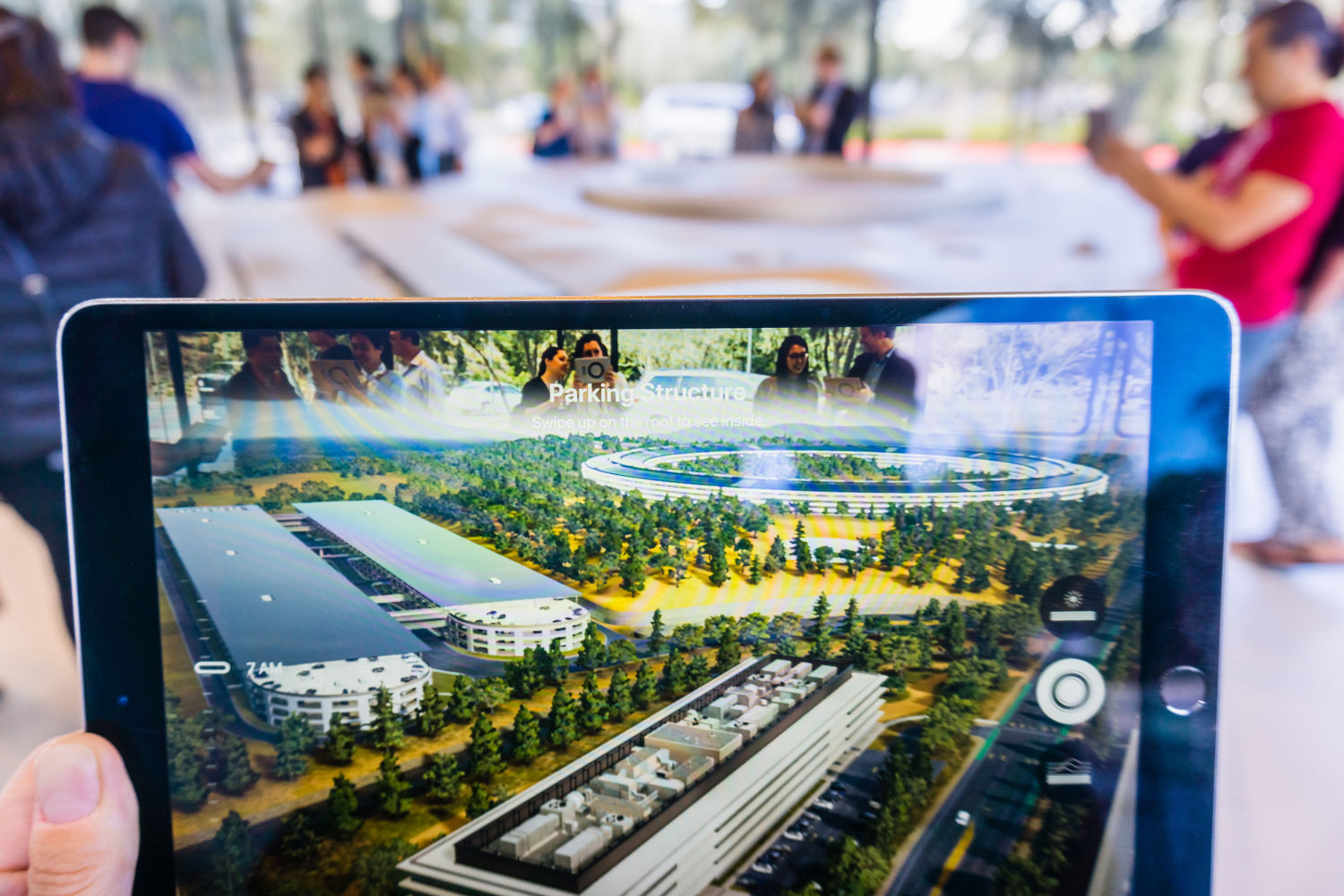 Virtual reality represents an extraordinary shift in how people perceive the digital world. Meanwhile, VR is seldom mentioned without AR (augmented reality) that is sometimes even called mixed reality. And if VR depends on headsets, AR is most commonly experienced through a phone or a tablet. By enveloping the user in an artificial world, or bringing virtual objects into a real-world environment, “spatial computing” allows interacting more intuitively with those objects and information. We’ve already shown in our blog how exactly VR can help businessmen, designers, and engineers in architecture, so let’s check together now what Augmented Reality (AR), in turn, can offer in this field.

The main difference between VR and AR

Virtual reality (VR) is an artificial, computer-generated simulation or recreation of a real-life environment or situation. It immerses users by making them feel like they experience the simulated reality firsthand, primarily by stimulating their hearing and vision.

Augmented reality (AR) is a technology that layers 3d geometry and models atop an existing reality in order to make it more meaningful through the ability to interact with it. AR is created in apps and used on mobile devices or tablets to blend digital components into the real world in such a way that they enhance one another, but can also be told apart easily. The functionality of AR can be described in 2 steps:

While the market for VR appears ready to take off, AR could start to overtake it, some experts believe. It has a built-in advantage in that it can run on existing smartphones, via their cameras. Moreover, experts claim that with the advent of 5G, the rich capabilities of AR – real life enhanced with computer-generated imagery, remote assistance, object recognition and other powerful content – will leap forward and make meaningful impact to businesses.

AR has been used in video gaming and media entertainment for a much longer period of time to show a real image interacting with one created from computer graphics. Its utilization matured in the architecture and construction industries when contractors such as BNBuilders from United States started using it to show clients proposed designs in the context of existing conditions using Apple iPads and other mobile devices.

In this way, augmented reality in construction and architecture projects involves placing a 3D model of a proposed design onto an existing space using mobile devices and 3D models. This process becomes absolutely real and accessible due to the app Virtualist developed by our team. The first step in creating a new scene for your project when you enter the editor is to import your 3D geometry and textures. On the video below you can see how to import quickly 3D to AR and VR:

By installing the app on the smartphone or tablet, you can hold it in indoor and outdoor locations and prototype your imported designs and created scenes. In turn, we’ve also prepared a list of devices that we support for mobile viewing.

Advantages of Augmented Reality (AR) in architecture, engineering and construction

Today, the global construction industry has a chronic productivity problem. In the last 20 years, the productivity in this industry only grown to 1% yearly and approximately one-third the rate of the world economy and only around one-quarter of the rate in manufacturing.

At the same time, according to the 6th Annual Construction Technology Report, which surveyed more than 2,690 construction leaders, AR and VR are listed into the top next-gen technologies that construction companies use. This technology allows engineers to build the right thing at the first attempt and helps to significantly improve different aspects of the construction process.

That’s why we would like to show how AR can make your project more successful due to supporting the following common tasks in construction:

Advanced construction firms are already using augmented reality in construction modeling to save time and budget. Despite being over 150 years old, McCarthy Building Companies is one of the leaders in the US that use this technology. Management of the company admits there are huge advantages to implementing AR on the job site, especially for complex buildings like hospitals. In long-running construction projects change orders can have a significant impact on the project schedule. For example, the client wants to change out a piece of equipment in a patient room. Using AR, the team would be able to cut that timeframe down to an hour instead of months.

Benefits for architects and designers

The most important benefit of using augmented reality is the opportunity to give a client a sense of scale that isn’t possible on a computer monitor or paper printed drafts. For all designers and architects who are trying to show a project in 3D scale, AR is the perfect and the most available technology to make it real. Just by using a phone your customer can physically walk around objects (furniture, for example) and get a feeling for how big the space is. Never before have you been able to give a client a tour of a building before its built.

Modern AR apps can be also used for home improvements and renovation purposes. With the help of AR software, you can completely reimagine your workspace, your home, office and more for relatively low costs. The app projects a predefined design map over the real objects and shows you the output. Afterwards, you can make changes in the prototypes right from your phone or a tablet. On the video below you can see how it’s realized in Virtualist app:

A few words about risk minimization

Have a look at an example. Instead of standard paper blueprints managers at a commercial construction firm called Gilbane Building Company, conducted an experiment and used Microsoft Hololens to review a virtual 3-D model of Boston’s Dearborn STEM Academy. Thanks to AR one of managers spotted the frame-length issue in a 20,000-square-foot school, which was worth $70 million. This is how he  described his experience:

“Using a virtual control panel, I could also toggle different views on and off to see either a simple architectural image of the room, a more detailed structural image, or one that just showed it’s mechanical, electrical, and plumbing systems.”

Thus, everyone involved in a project—clients, architects, engineers, designers, and the craft workers — are able to quickly grasp the proposed design intent and thereby gain the confidence and understanding needed to perform the work. In a complex project, where even the slightest layout or installation error could prove costly, AR solutions successfully mitigate those risks. 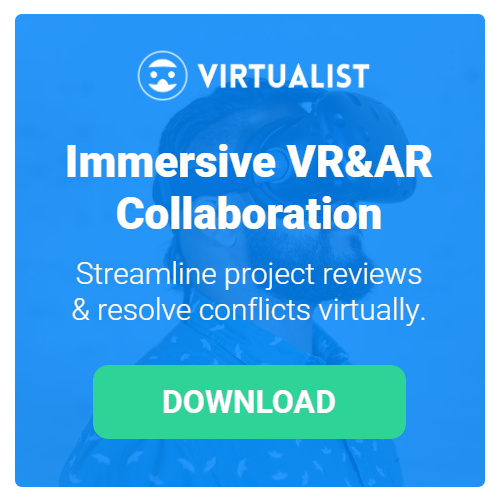 How Virtual Reality Is Beneficial To Customers Of Architects? 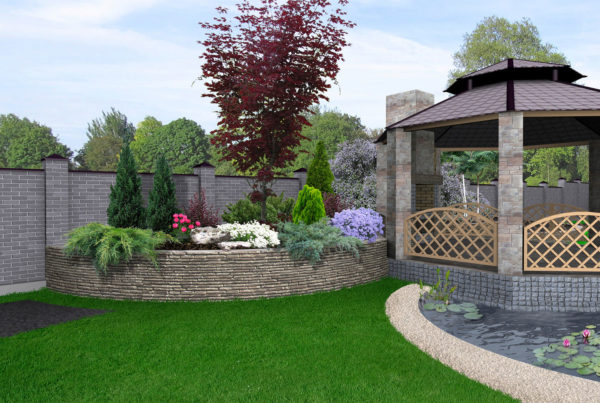 How to use Virtual and Augmented Reality (VR & AR) in landscape design? 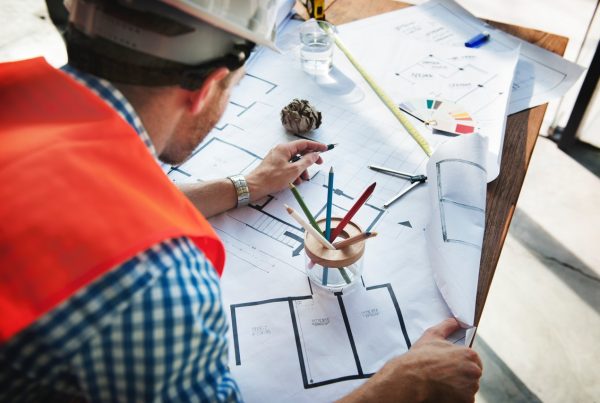 How to use Virtual Reality in architecture?

Virtualist reduces business costs, increases productivity and brings your team closer regardless of where they are or whatever device they’re using.

Built in the Green City by Pixel Legend. All Rights Reserved.